How Are Horoscopes Still a Thing? 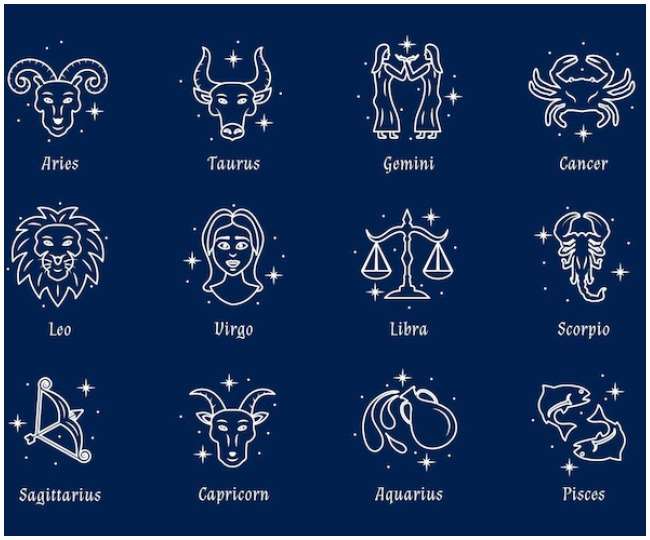 Astrology is either an ancient and valuable system of understanding the natural world and our place in it with roots in early Mesopotamia, China, Egypt and Greece, or complete rubbish, depending on whom you ask.

But newspaper and magazine horoscopes? The ones advising you to not “fight against changes” today, or to “go with the flow”, whatever that means, or to “keep things light and breezy with that new hottie today”? They get even less respect, from both skeptics and true believers. So it’s a bit surprising, then, that they remain so popular with everyone in between.

The first real newspaper horoscope column is widely credited to R.H. Naylor, a prominent British astrologer of the first half of the 20th century. Naylor was an assistant to high-society neo-shaman, Cheiro (born William Warner, a decidedly less shamanistic name), who’d read the palms of Mark Twain, Grover Cleveland, and Winston Churchill, and who was routinely tapped to do celebrity star charts. Cheiro, however, wasn’t available in August 1930 to do the horoscope for the recently born Princess Margaret, so Britain’s Sunday Express newspaper asked Naylor.

Like most astrologers of the day, Naylor used what’s called a natal star chart. Astrology posits that the natural world and we human beings in it are affected by the movements of the sun, moon and stars through the heavens, and that who we are is shaped by the exact position of these celestial bodies at the time of our birth. A natal star chart, therefore, presents the sky on the date and exact time of birth, from which the astrologer extrapolates character traits and predictions.

On August 24, 1930, three days after the Princess’s birth, Naylor’s published report predicted that her life would be “eventful”, an accurate if not entirely inspired forecast given that she was, after all, a princess (he didn’t, it appears, foresee the Princess’s later star-crossed romances and lifelong love affair with alcohol and cigarettes). He also noted that “events of tremendous importance to the Royal Family and the nation will come about near her seventh year”, a prediction that was somewhat more precise – and seemed to ring true right around the time that her uncle, King Edward VIII, abdicated the throne to her father.

Celebrity natal star charts weren’t a particularly novel idea; American and British newspapers routinely trotted astrologers out to find out what the stars had in store for society pagers like Helen Gould and “Baby Astor’s Half Brother”. Even the venerable New York Times wasn’t above consulting the stars: In 1908, a headline declared that President Theodore Roosevelt, a Sagittarius, “might have been different with another birthday”, according to “expert astrologer” Mme. Humphrey.

But though it wasn’t the first of its kind, Naylor’s article was a tipping point for the popular consumption of horoscopes. Following the interest the public showed in the Princess Margaret horoscope, the paper decided to run several more forecasts from Naylor. One of his next articles included a prediction that “a British aircraft will be in danger” between October 8 and 15. When British airship R101 crashed outside Paris on October 5, killing 48 of the 54 people on board, the tragedy was taken as eerie evidence of Naylor’s predictive skill. Suddenly, a lot more people were paying attention to the star column. The then-editor of the paper offered Naylor a weekly column – on the caveat that he make it a bit less dry and bit more the kind of thing that lots of people would want to read – and “What the Stars Foretell”, the first real newspaper horoscope column, was born.

The column offered advice to people whose birthdays fell that the week, but within a few years, Naylor (or a clever editor) determined that he needed to come up with something that could apply to larger volumes of readers. By 1937, he’d hit upon the idea using “star signs”, also known as “sun signs”, the familiar zodiac signs that we see today. “Sun sign” refers to the period of the year when the sun is passing through one of 12 30-degree celestial zones as visible from earth and named after nearby constellations; for example, if you’re born in the period when the sun is passing through the constellation Capricornus (the “horned goat”, often represented as a half-fish, half-goat), roughly December 22 to January 19, then that makes your sun sign Capricorn.

“The only phenomenon in astrology allowing you make a wild generalizations about everybody born in this period to that period every year without fail is the sun sign,” explained Jonathan Cainer, prominent astrologer who writes one of Britain’s most-read horoscope columns for The Daily Mail.

“[The column] was embraced by an enthusiastic public with open arms and it spawned a thousand imitations. Before we knew it tabloid astrology was born… this vast over-simplification of a noble, ancient art,” Cainer says. Cainer pointed out that even as newspaper and magazine horoscope writing became more and more popular – which it did and quickly, on both sides of the Atlantic – the practice was largely disregarded by the “proper” astrological community. The accusation, he says, was bolstered by the fact that historically, a lot of horoscope columns weren’t written by actual astrologers, but by writers told to read a book on astrology and get cracking.

Astrologers’ consternation notwithstanding, the popularity of newspaper and magazine horoscope has never really died down; they became, along with standards like the crossword, newspaper “furniture”, as Cainer put it (and people hate it when the furniture is moved, Cainer says). Cainer also noted that there are few places in newspapers and, to some extent magazines, that address the reader directly: “It’s an unusual form of language and form of relationship and as such, it lends itself well to a kind of attachment.”

This fits with what newspapers really are and have virtually always been – not just vehicles for hard news and so-called important stories, but also distributors of entertainment gossip and sports scores, advice on love matters and how to get gravy stains out of clothing, practical information about stock prices and TV schedules, recipes and knitting patterns, comics and humor, even games and puzzles. Whether those features are the spoonful of sugar to help the hard news medicine go down or whether people just pick up the paper for the horoscope makes little difference to the bottom line.

So as to why newspapers run horoscopes, the answer is simple: Readers like them.

But the figures on how many readers actually like horoscopes aren’t entirely clear. A National Science Foundation survey from 1999 found that just 12 percent of Americans read their horoscope every day or often, while 32 percent read them occasionally. More recently, the American Federation of Astrologers put the number of Americans who read their horoscope every day as high as 70 million, about 23 percent of the population. Anecdotally, enough people read horoscopes to be angry when they’re not in their usual place in the paper – Cainer says that he has a clause in his contract allowing him to take holidays, making him a rarity in the business: “The reading public is gloriously unsympathetic to an astrologer’s need for time off.”

Other evidence indicates that significant numbers of people do read their horoscopes if not daily, then regularly: When in 2011, astronomers claimed that the Earth’s naturally occurring orbital “wobble” could change star signs, many people promptly freaked out. (Astrologers, meanwhile, were far more sanguine – your sign is still your sign, they counseled; some, Cainer included, sighed that the wobble story was just another salvo in the fiercely pitched battle between astronomers and astrologers.)

At the same time, a significant portion of the population believe in the underpinnings of newspapers horoscopes. According to a 2009 Harris poll, 26 percent of Americans believe in astrology; that’s more people than believe in witches (23 percent), but less than believe in UFOs (32 percent), Creationism (40 percent) and ghosts (42 percent). Respect for astrology itself may be on the rise: A more recent survey from the National Science Foundation, published in 2014, found that fewer Americans rejected astrology as “not scientific” in 2012 than they did in 2010 – 55 percent as compared to 62 percent. The figure hasn’t been that low since 1983.

People who read their horoscopes also pay attention to what they say. In 2009, an iVillage poll – to mark the launch of the women-focused entertainment site’s dedicated astrology site, Astrology.com – found that of female horoscope readers, 33 percent check their horoscopes before job interviews; 35 percent before starting a new relationship; and 34 percent before buying a lottery ticket. More recent research, published in the October 2013 issue of the Journal of Consumer Research, found that people who read a negative horoscope were more likely to indulge in impulsive or self-indulgent behavior soon after.

So what’s going on? Why are people willing to re-order their love lives, buy a lottery ticket, or a take a new job based on the advice of someone who knows nothing more about them than their birthdate?

Philosophically, there is something about reading horoscopes that does imply a placing of oneself. As Hamilton notes, “It allows you to see yourself as part of the world: ‘Here’s where I fit in, oh, I’m Pisces.’” Looking deeper, Baggini, the philosopher, explains, “Human beings are pattern seekers. We have a very, very strong predisposition to notice regularities in nature and the world, to the extent that we see more than there are. There are good evolutionary reasons for this, in short a false positive is less risky than failure to observe a truth.” But, more to the point, “We also tend to think things happen for a reason and we tend to leap upon whatever reasons available to us, even if they’re not entirely credible.”

No comments to show.